In South Korea, a lonely child, Jun, is spending boring days in his orphanage. Every morning on the way to school he observes an octopus swimming in the aquarium of a restaurant. When Jun understands the fate of the octopus he decides to flee with him to bring him back to the sea. The road is not simple but will allow him to discover new horizons, emotional ties that he never knew and especially “freedom”.

An Octopus and A Child… The journey begins

The genesis of this scenario is located in South Korea, a country that I love and that I know well, because after having made a year of master in cinema, I went back there to learn the language then to make projects independent short films. A country that inspired me a lot.

There are restaurants there that have a lot of sea creatures in their menu. They are usually found alive in aquariums that adorn the storefronts of these restaurants. While walking in the street, I liked to stop to observe them, fascinated and saddened by understanding their fate. One day I noticed an octopus. I had heard that the octopus is a very intelligent and playful animal. It occurred to me to save a little octopus from his tragic destiny to take him on a journey. A journey that would end in his country of origin, the sea. A trip that would make him free.

Little Jun will embody our “hero”, fascinated by these octopuses he meets at the corner of a street. One day he steals one and starts a long trainer journey that will lead to a certain “freedom”. I wanted to express this need for freedom, which can be felt in all kinds of situations. I thought that an orphaned child without any attachment and imprisoned in a solitary routine would be perfectly suited to bring this story to the octopus. Both the child and the octopus are locked up in places that do not suit them, and that do not allow them to evolve.

Travel and discovery, I think, can participate in an effort of freedom by allowing an exit from the everyday, the banal. In this story not only will the trip allow Jun to get out of his routine, but it will also allow him to fill his lack of affection. He will be able, on his way, to feel the affection of almost a whole family and even that of a girlfriend.

The animation retranscribes the inner journey of Jun. It also represents the childish spirit of little Jun. The animation affirms the poetic approach of the film by bringing us into a dreamlike dimension and allowing a closer approximation of the octopus and the child (more difficult or impossible in real images). The film, in its dramaturgy, was built to give a large place to poetry and animation is part of this intention.

Placed mainly in the moments of dormancy of Jun, the dosage of his presence is subtle, it is a story by small touches and it is the animation that will have the last word. It will take all its importance on the final sequence: Jun swimming under water with the octopus, in complete freedom. An important sequence to turn to the essential, the freedom found of Jun. Regarding the style it will be both simple but particular, and the background will have a solid color without any other clutter (see examples end of file). The environment will be clean.

Jun’s desire for liberty, for the octopus as for himself, and therefore this necessary journey, will not be a long calm river. Whether in sound or image we will be at his side in the hardest moments

We will follow him closely when he is lost, when he will halt, when the drops of sweat will bead on his forehead, that he will observe from the bottom of his small size the world around him. The camera on his shoulder will follow him, watch him and stay close to his small size in this stifling world and in front of those big people who populate him. We will be close too when interacting with the octopus and other characters he encounters.For the senses, such as touch and sight, or hearing, are, of course, part of the discovery, and so we will try to capture Jun’s sensitivity to his senses (Jun’s hand entering the water for touching a “seaworm”, still his hand that holds that of the girl, his face to the wind, the sound of the sea, his look that details the tattooed parts of the body of Uncle Yang, etc …) by filming closer to the image and making certain specific sounds distinct from other sound elements.

The octopus should not be left abandoned. It will be visible through the transparent bag in which Jun carries it. And we’ll see him through Jun’s gaze, in his details, the parts of his body, his suckers, his bulging eyes, his beak. If possible, I would like the octopus to be an important person. For this reason, we will also contemplate the world through the gaze of the octopus, from the water in which it evolves. In these passages the soundscape will also be “aquatic”. Jun was born in this big city with a dull complexion, with a field of vision restricted by what surrounds him (wall, buildings, etc.). As the narrative progresses, Jun’s stifling environment will change little by little. He will find himself in the countryside then at the sea with a horizon that extends more and more. A skyline he was looking for from the top of his room on the first floor, but was smashing against the wall of the orphanage. After leaving the city, we will also let the camera move away to air the space and open the horizon, the field of possibilities, to a “freedom” found. There is also the desire to show certain realities, like Little Old who drags his cart. I do not see them much in Korean movies, yet you only have to walk five minutes in the streets of Seoul to see them, frail, with their back bent forward, dragging their huge cart and passing like ghosts, which everyone ignores . There is also the desire to show the special atmosphere of fish markets and the people there. I try to give an approach to Korea that intrigues me and inspires me by including details of Korean culture.

For music I will collaborate with the musician Mike Ponton whose work I discovered during the last festival of Clermont Ferrand. The depth of his dreamlike music would be perfect to reinforce Jun’s lonely and wandering moments, as well as the animated passages and especially the end (when Jun and the octopus swim together) to give way to our dreams. 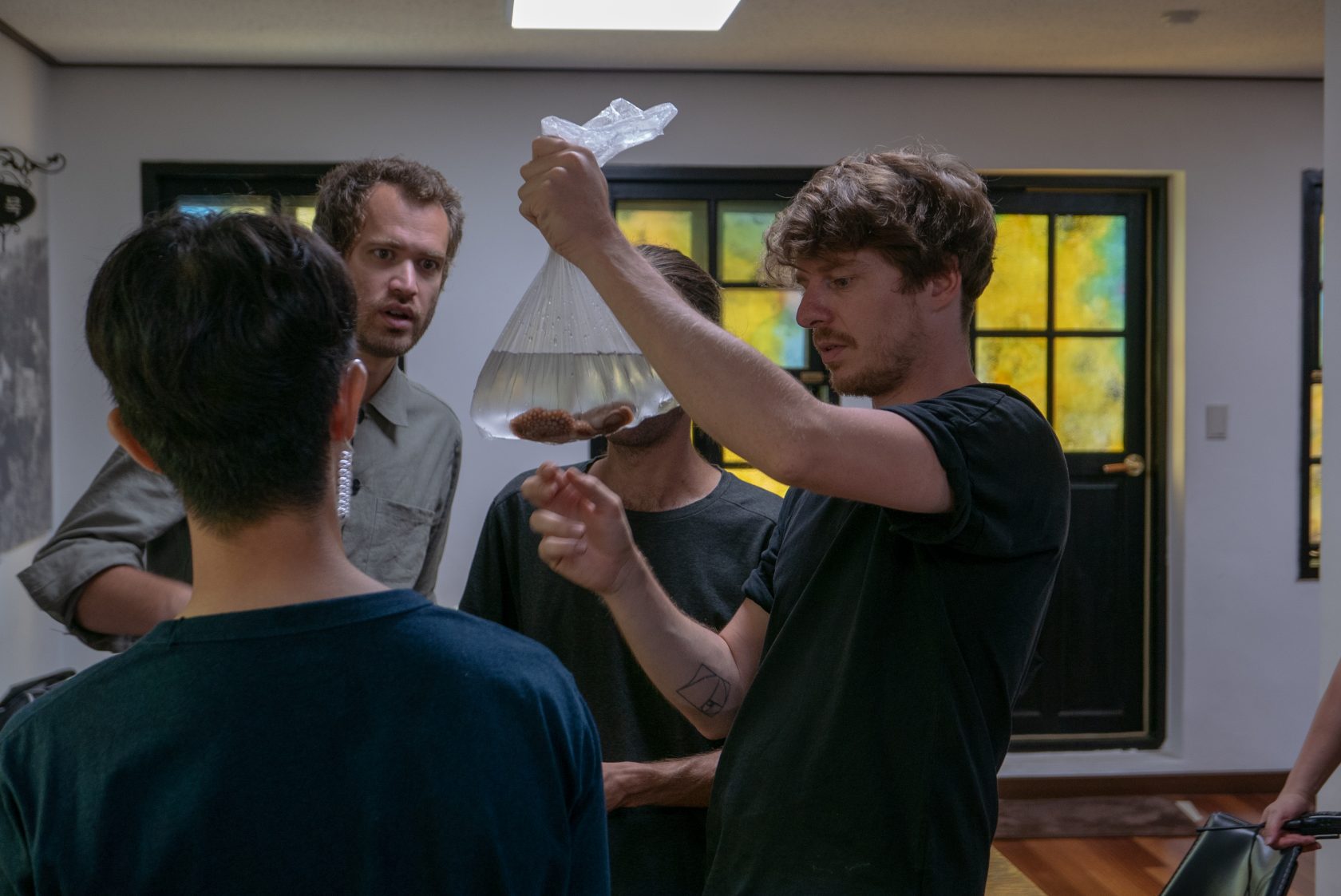 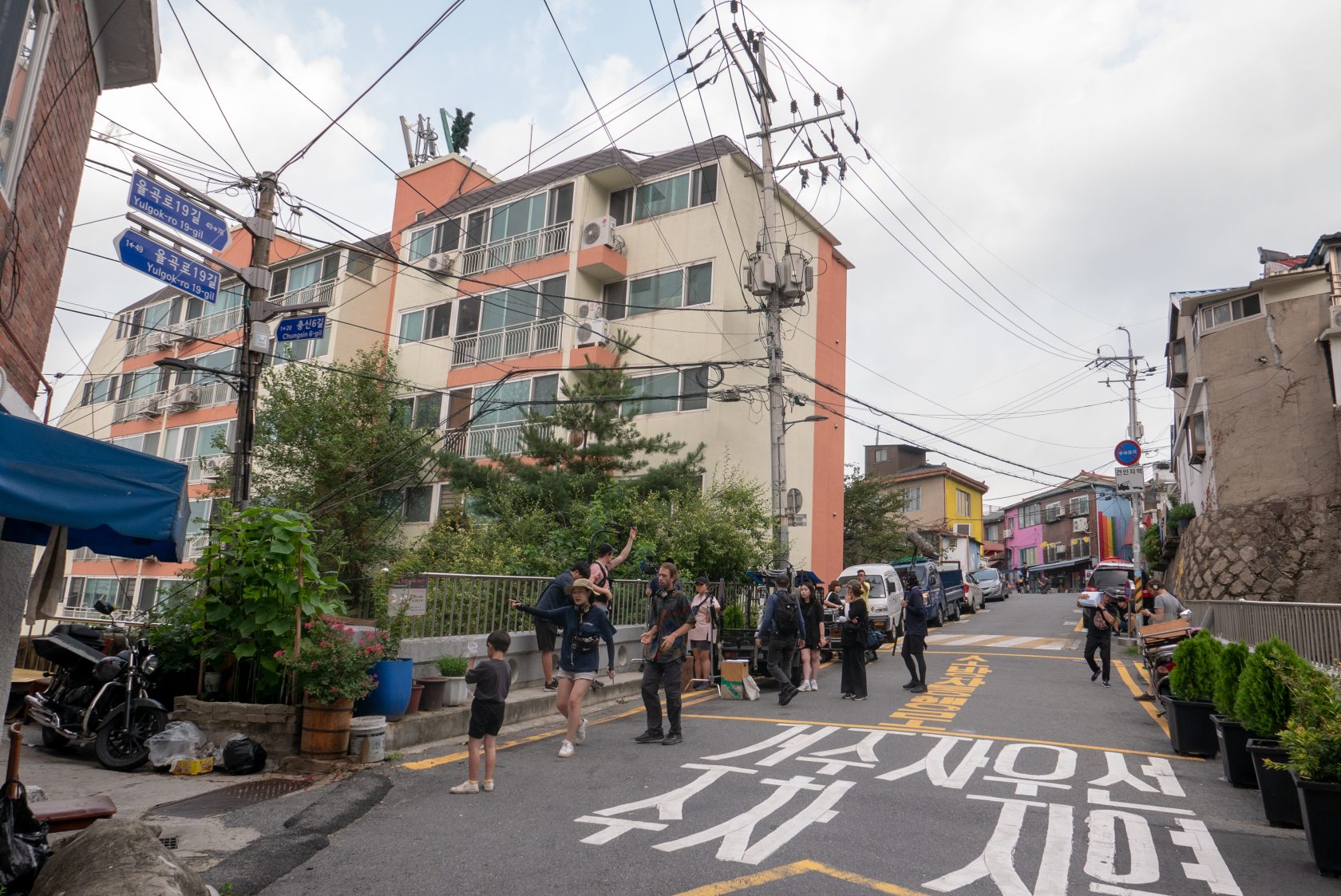 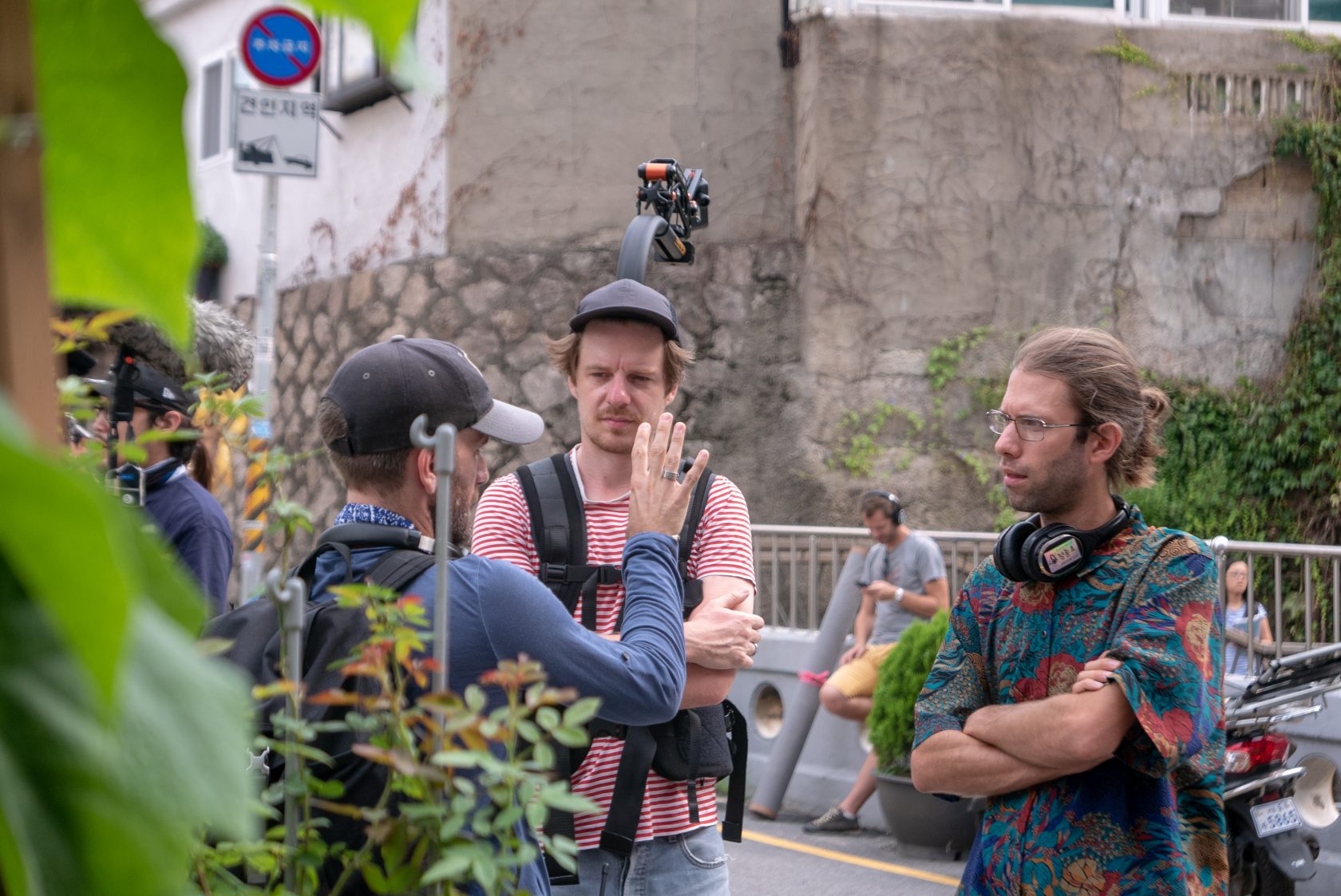 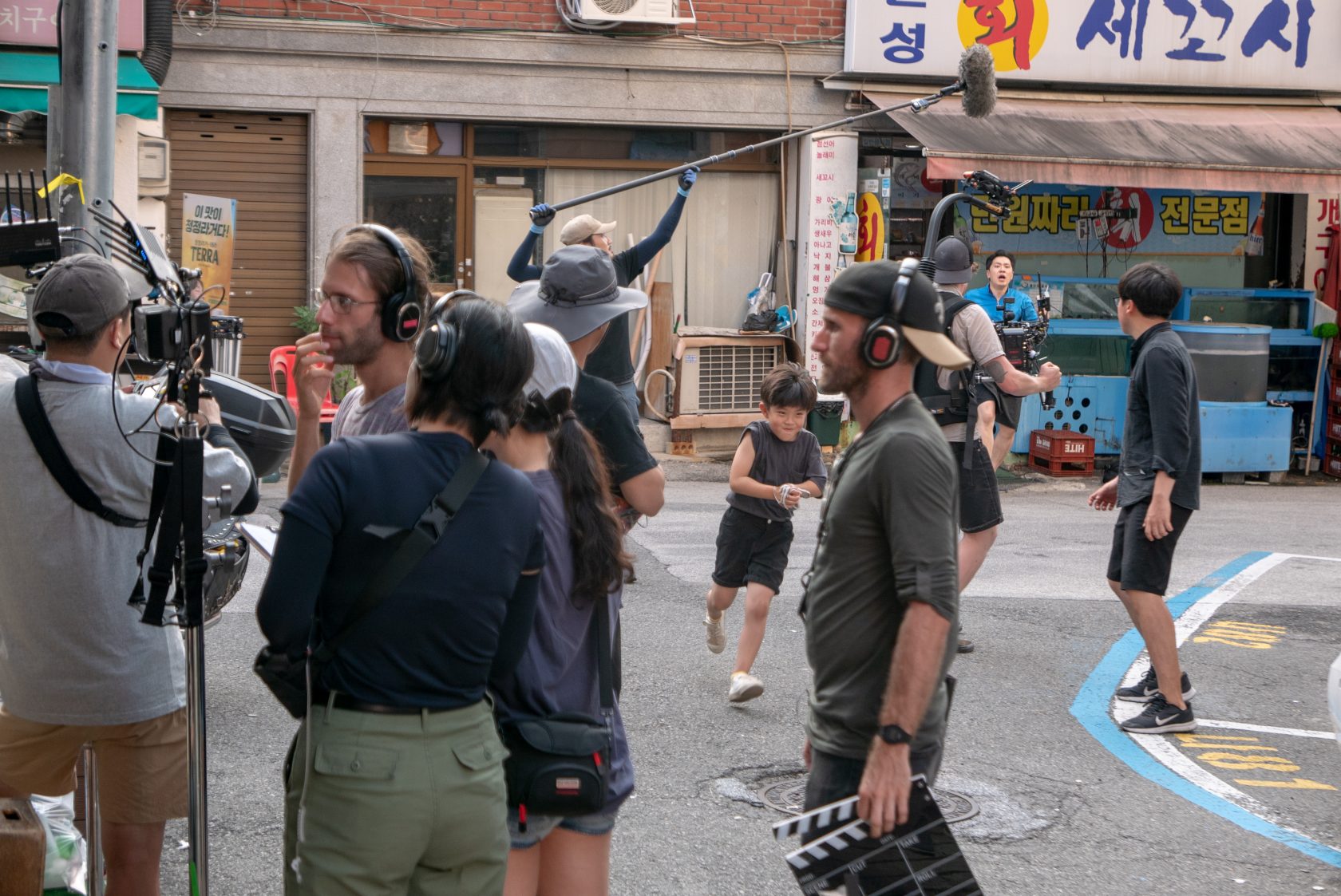 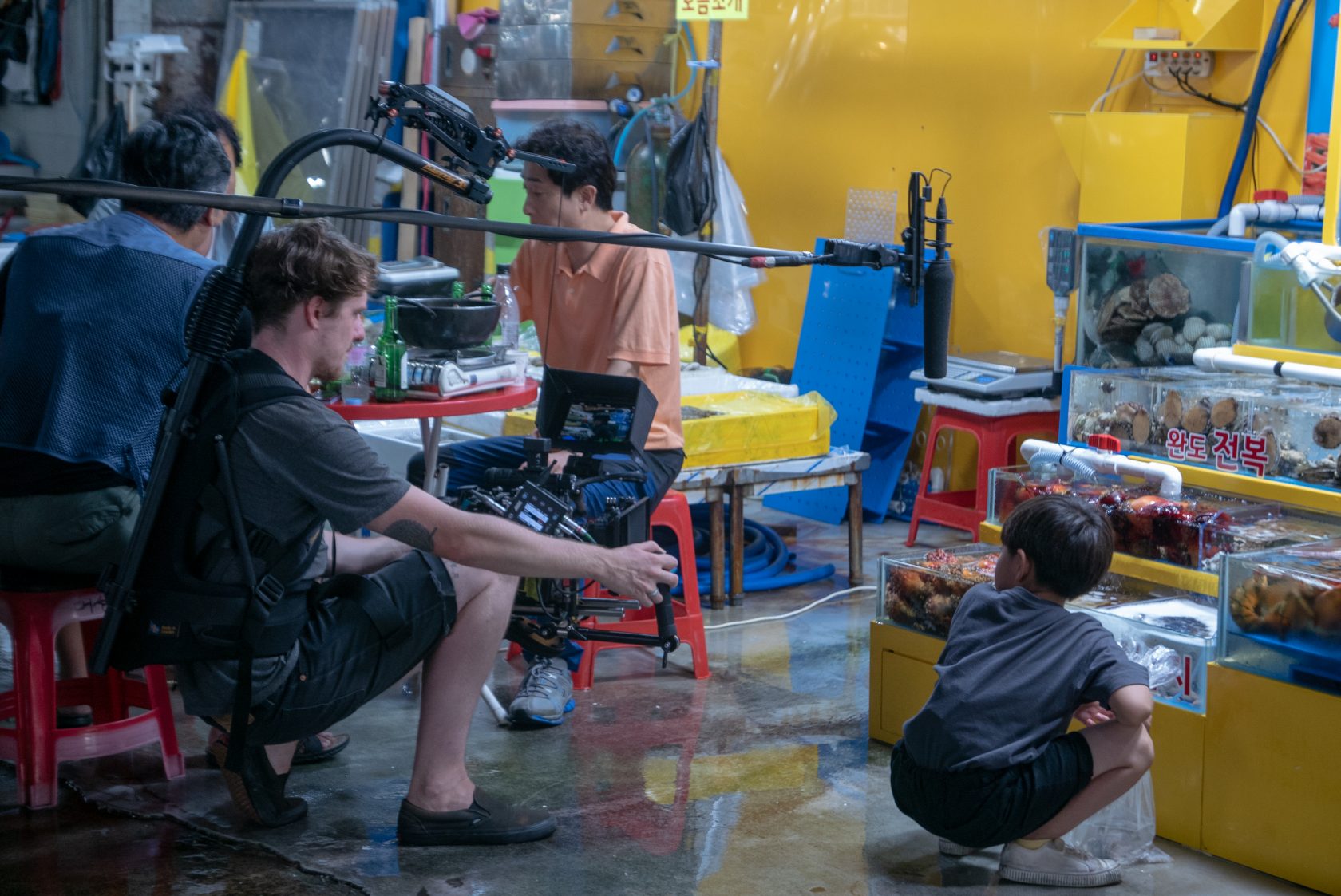 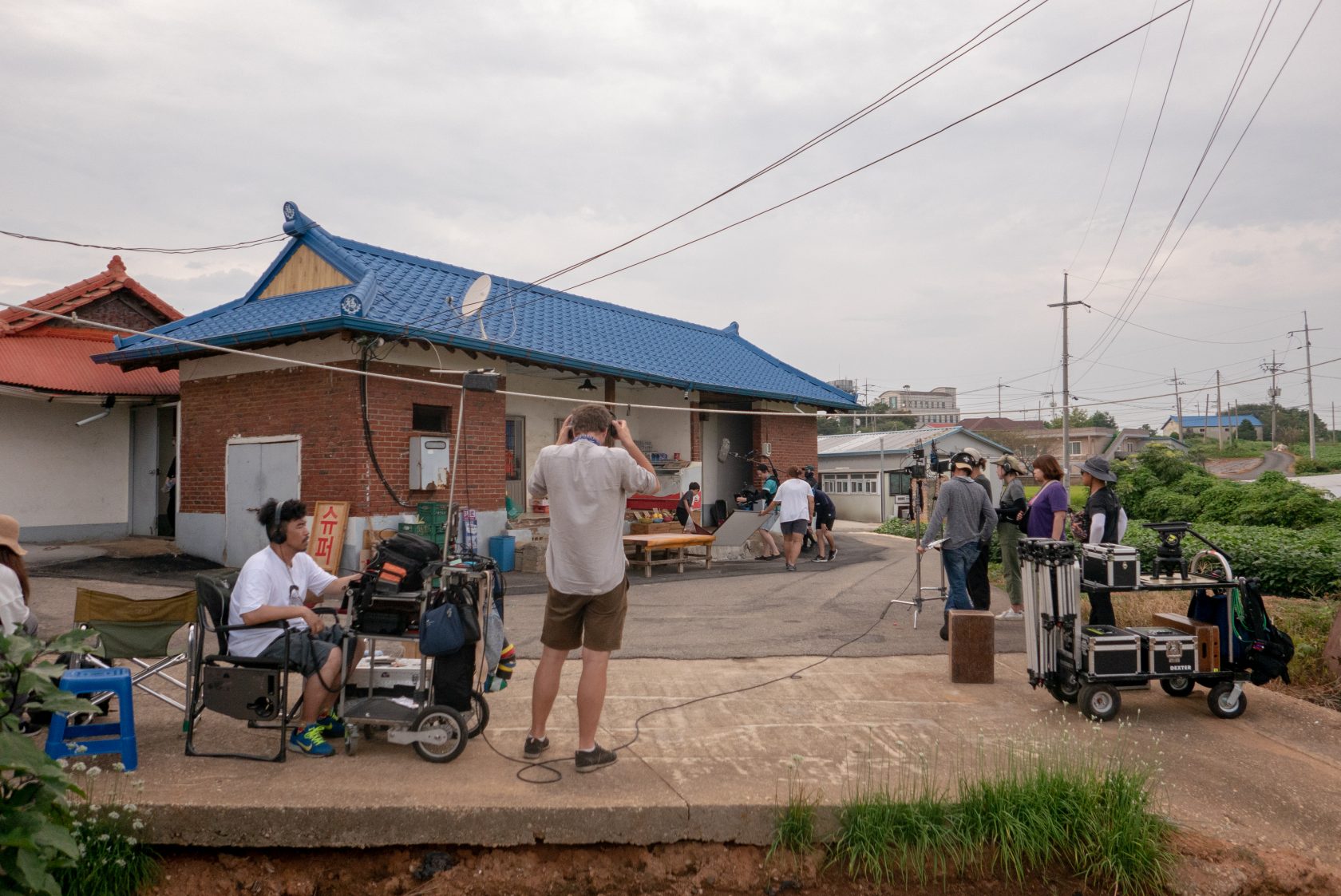 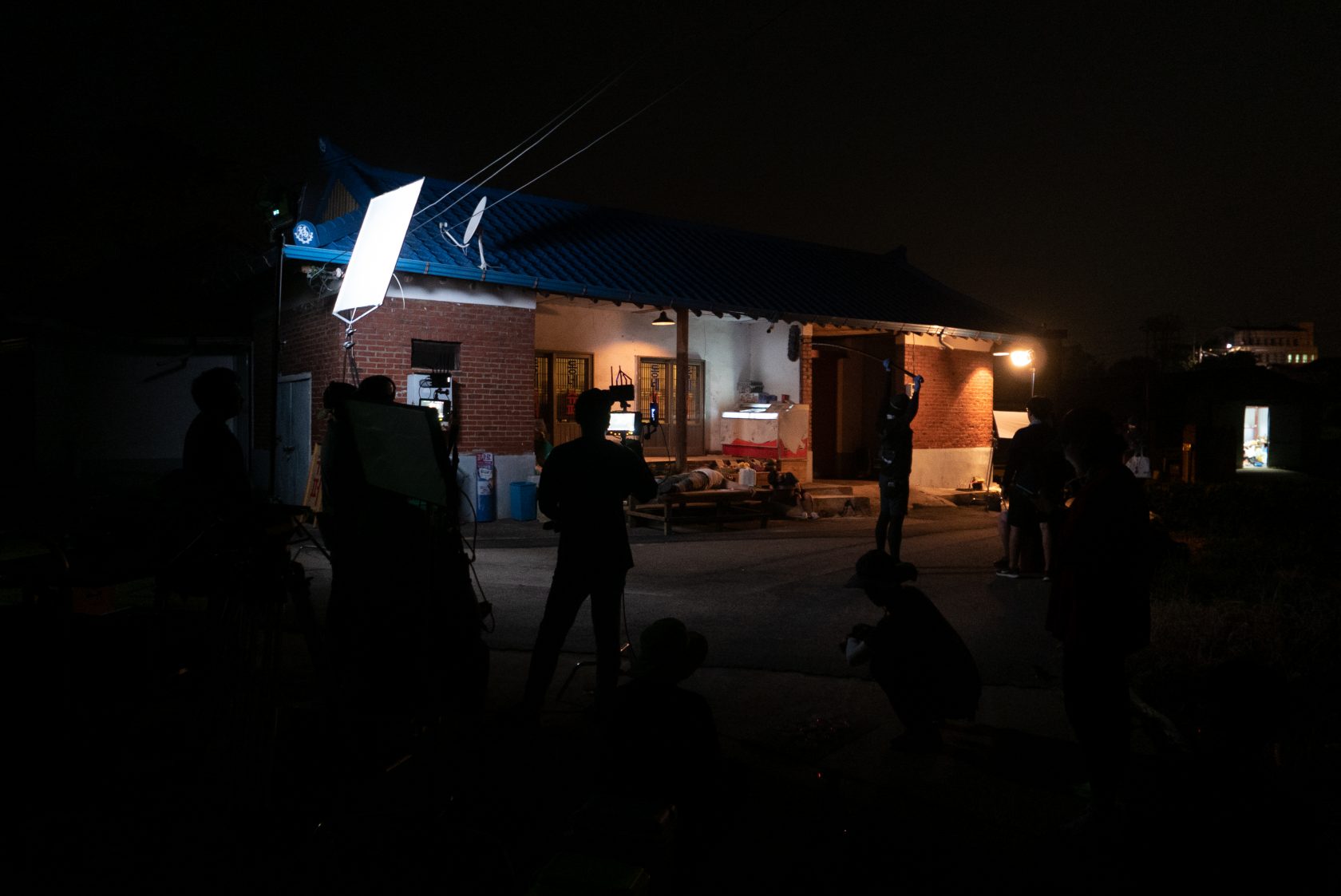 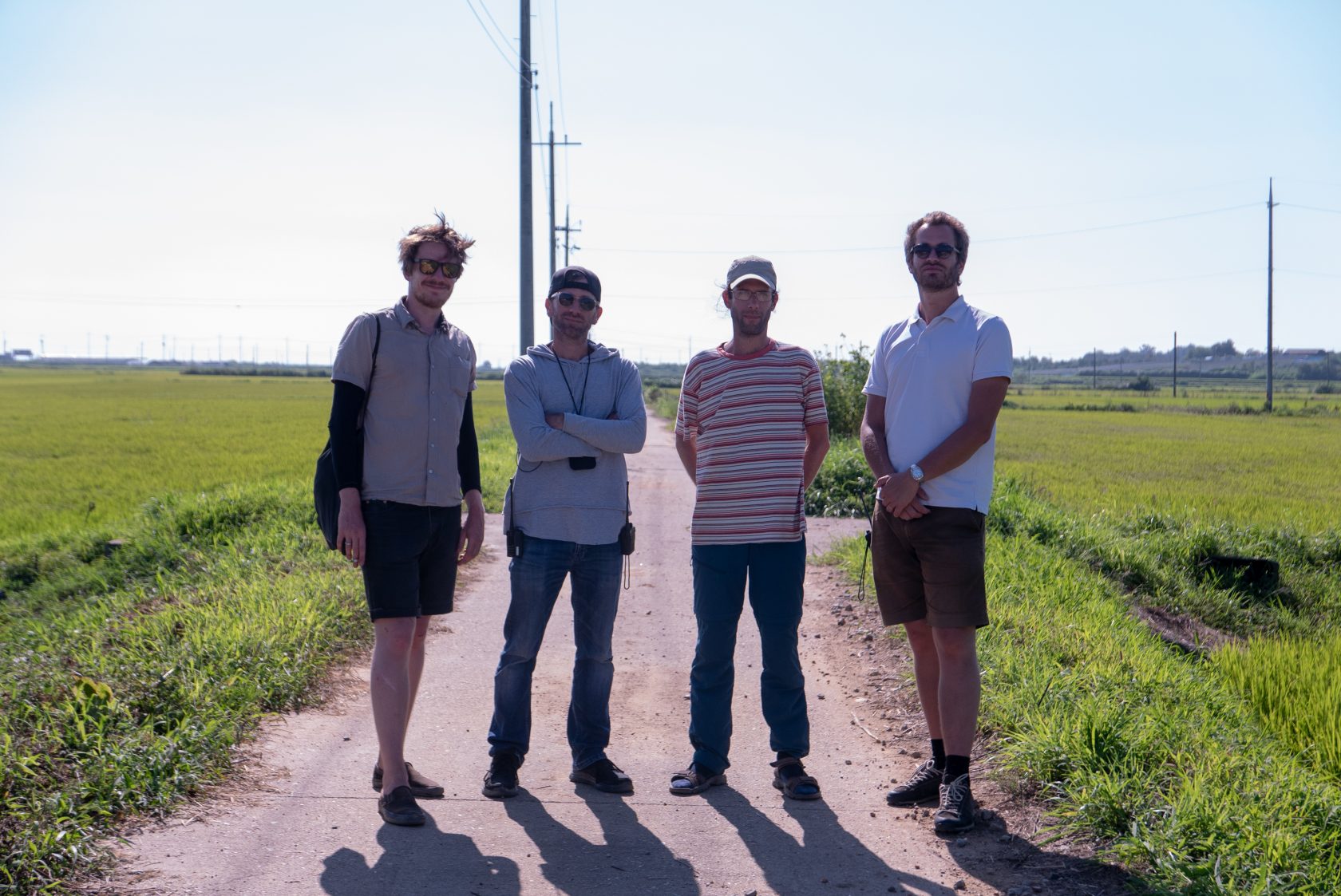